Dr John D’Arcy O’Donnell has helped many people learn and live healthier lives through his media work, after a breaking news event set him on the path.

The 69-year-old Beecroft resident, who runs a general practice in Hannah St, has been made a member of the Order of Australia for significant service to community health and education through his media roles, and to medicine as a GP. 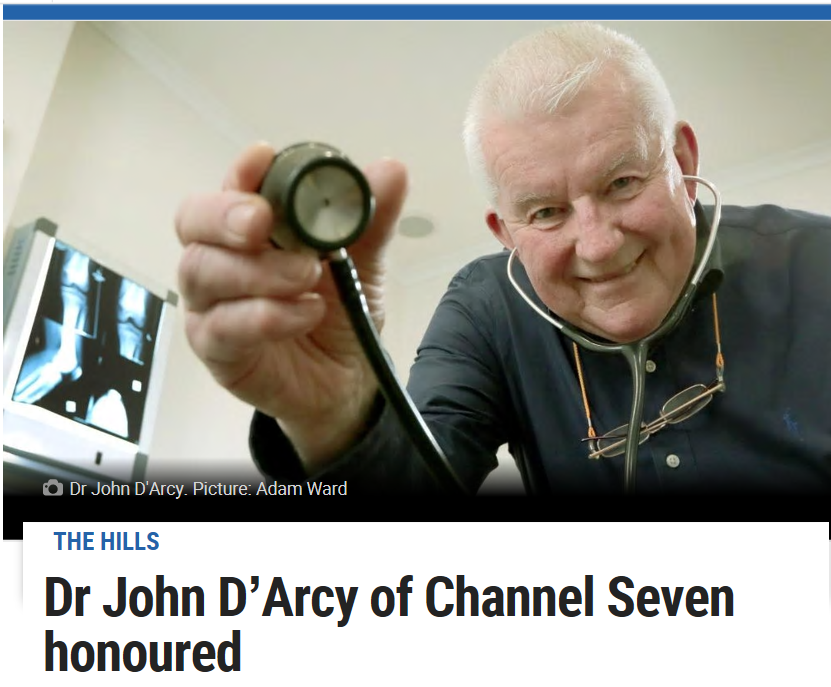 Dr O’Donnell appears on the Seven Network, was a presenter on the Beyond 2000 science show in the 1980s and ‘90s, and produces a daily health report for radio.

It’s allowed him to communicate medical advice that many people were unaware of. “You became part of a community at large finding out what did people really need to know,” he said of his introduction. An example was the response to the growing numbers of people suffering heart and lung disease.

Dr O’Donnell stumbled across the media after he and his family returned to Australia in the 1980s, having worked in Papua New Guinea.

He joined a practice at Epping, which was near the Seven Network studios at the time. Dr O’Donnell got to know his patients and learned many were producers, reporters and camera operators.

One day in 1981 I got a phone call from a patient saying `get in a news car — we need you’. The caller said Pope John Paul II has been shot at The Vatican. “I said `I don’t know anything about it’,” Dr O’Donnell said. The network asked him to explain the impact of being shot, and whether the Pope might survive. Dr O’Donnell agreed.

“Journalist Steve Liebmann asked me those questions and I was able to give some reasonable answers,” he said. The doctor soon became a regular on the network.

Working in the media has allowed him to travel to disaster-struck countries and report and assist aid efforts.

He has a longstanding interest in helping developing nations’ health services. He has helped medical services in East Timor, Indonesia, Papua New Guinea, Rwanda and Vietnam. He has also played a role in preventing the spread of type 2 diabetes.

originally published in The Daily Telegraph